Across all forms of transportation, decarbonation is the number one priority!

While aviation accounts for about 2.5pc of total carbon dioxide emissions, the industry is under pressure to move towards zero emissions by 2050 with Engineers tackling the challenge of fuelling long-haul flying while reducing emissions.

For smaller craft, top-end battery technology can be used for short, taxi-like routes with hydrogen operated at low pressure for short-haul flights.

However, for long-haul travel, the challenge of replacing kerosene is the hardest to solve.  While hydrogen can offer more energy and a lower carbon footprint, it must be stored at ultra-low temperatures for the longest routes.  A synthetic version of jet fuel however can power existing jet engines.  Better known as SAF (Sustainable Aviation Fuel), as well as recycling carbon dioxide it also produces fewer particles that are blamed for global warming.  Hence SAF is expected to fill the gap until technology catches up despite the higher cost of fuel compared to the current fossil alternative.

A positive outlook, particularly for the UK aerospace sector is Rolls-Royce aiming to narrow the cost gap with its ground-breaking UltraFan technology launched just this week.

UltraFan is the largest engine ever produced by RR at 3.5 metres across in order to maximise operating efficiency - some 25% higher than the 1990’s Trent by improving the bypass ratio, plus a geared turbofan that reduces noise as well as fuel consumption.  Developed at a reported cost of over £500million with a large portion coming from the taxpayer, it is not without its critics as currently has no end customer application and is likely to be shelved after test trials are completed. However, it’s the research and findings that may go on to shape future jet engine technology.

Interestingly, the fuel that will be used comes from used cooking oil.  Being a household waste, it is converted into a gas and then liquid which is then turned into jet fuel.

Biomass, another feedstock, is broadly carbon neutral because it starts off as plants capturing carbon dioxide.  This form of recycling rather than generating new carbon dioxide reduced carbon output and when combined with carbon capture, can reduce the fuel to zero.

Another approach to producing SAF is using electrolysis to split water molecules before combining the hydrogen produced with carbon dioxide, although this is a more energy intensive process.

Either way, SAF can be made in a number of ways with demand for this green fuel expected to be huge despite the higher costs associated with its production.  An expectation is that higher taxes on fossil fuels will help to reduce this price difference, driven in part by the EU’s announcement on the world’s first carbon border tax, which will force importers to cover the cost of their carbon emissions.

With testing on the UltraFan due to start next year, if trials prove to be a success then it may only be a short wait before mass adoption follows and sustainable aviation fuel replaces jet fuel as the new normal.

James Charlett is Aerospace & Defence Recruitment expert within Consilium Recruit.  To discuss any aspect of recruitment as an employer or a job seeker, please visit for contact details plus latest jobs   https://www.consiliumrecruit.com/jobs/aerospace-and-defence 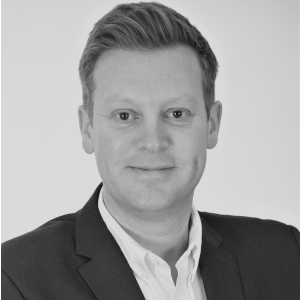